What is RDI ( Relationship Development Intervention)

March 03, 2011
We know Autism is caused by the lack of networking within the brain.  There are numerous causes for this ( regressive/infantile Autism) so each child is unique!!  Because of this lack of dynamic networking,  our kids become very static thinkers-  where they do not like change and they want to control everything in their world to prevent any change in their environment.  This is why some children are very rigid.    When my son was just alittle over 1 year old I knew he had Autism because first of all I had a older son with Autism but among many other clues,  he would start crying in his carseat when I took a different way home.  If I went straight instead of turning..any variation that was against what he thought I should be doing.
RDI is an Autism Intervention that targets Dynamic thinking ( theory of mind, perspective taking, intersubjectivity).
RDI acknowledges this static wiring in our kids brain and believes a vital role to help our children is to create in them the ability to build up their dynamic intelligience instead of just accentuating skill based learning.  Dynamic thinking is A fancy term that describes what we all have …brains that are neutrally integrated.  We enjoy a challenge and we base our actions mostly on our perspective of relationships in our lives.   To have very static brains would mean that the focus would be off of the social and emotional factors of relationships and based more on rules or black and white thinking.  Our children have some excellent abilities like the  ability to memorize facts.  RDI works on the weaker part of the brain where the social dynamics are underconnected.  By doing this, building this strong foundation in our childs emotional understanding…as children progress through the RDI stages they are able to catch up socially because we are bulding those foundations from the ground up. RDI does this through years of studying how typical development unfolds…and believing that is still the best process for our children, gives the child a second chance to meet those milestones.  This is done step by step, in  a precise manner building upon each mastered social milestone.   An example would be understanding all channels of communications and other peoples perspectives.  RDI works on the foundations of communication first,  in which being able to use words in their actual context springs from.     Think about when you talk to a friend, you would say,   Love that color on you..but say it with a smirk on my face.  Your friend,  using different channels in processing your words would know that your words did not match what you said and she would know that you were really just being sarcastic in your language.  If you think about babies,  they learn to talk AFTER they have mastered, non verbal communication, the intonation in our voices, our gestures.
With my first son I did go out of order before I was introduced to RDI as we used a different intervention in the beginning…My son would say say with his programs so we had to create a program to try and teach him not to say say before words or script.   With my second son because I gave him the foundations for communication, he never had the pronoun issues or scripting…when he did start to talk his talking was experienctial and meaningful.
Addressing the social and emotional deficits of Autism itself as a precursor to all other static (academic) skills.  Addressing the core deficits of Autism and dynamic thinking lays a strong foundation for learning academics and skills in context and in an age appropriate application.
From the RDI Book-

Popular posts from this blog

The Parent Child Relationship in Autism

August 30, 2019
Welcome to our series on The power of Episodic Memory in Autism .  The Main text will be Part 1 and Part 2 .  Along with these two foundational blog posts will be posts going into additional detail with examples and applications.  We welcome your questions and comments as you read through and think about your own family,  which will help inspire future blog posts. Thank you to Sharon for starting this series with the backbone centered around episodic memory.  Sharon's contact info can be found at the end of this article.  Our self-identity is formed through personal memories created in specific moments in everyday life that connect emotions, experience and events as lived in episodes, exclusive to us as individuals (Tulving, 2002).  In a nutshell, we could both be in the same place at the same time, we may or may not be there together and yet the emotional experience that we come away with could be very different.  For instance, we could be watching a comedy film at
Read more

Can RDI help my child and family? 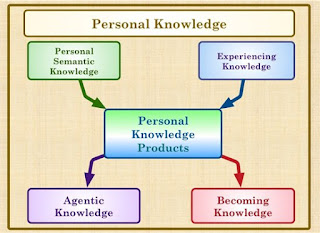 RDI is not just for those considered low functioning, high functioning, ( not thrilled with the terms) young children, tweens, teens and adults, etc. Every single individual deserves a chance to revisit their own development! In many therapies, while well meaning, they do not take this into account and they think general knowledge…what we call static skills, can be successful. The problem is interactions never go as planned, there is not a set script for true authentic interactions. Trying to build on a foundation that is not yet there and then wonder why nothing generalizes. This work on general knowledge does not even touch the deficit in personal knowledge which is how we all make sense of the world and how each interaction has PERSONAL relevance to our life Consider this... Semantic knowledge is information, Experience knowledge is how we encode and learn from our experiences, Agentic is our own self awareness and becoming knowledge is the knowledge we gain and use f
Read more

A powerful conversation strategy for individuals with ASD.

June 07, 2020
I googled Communication and Autism…this is what the highlight said People with autism have challenges with communication and social skills. They often find it hard to have conversations and may not pick up on social cues. Some people with autism may not talk at all, and others may talk very well. But all will have some challenges making friends and communicating socially. With my own experience as an Autism Parent, and the 15 years involved in RDI, I believe we still need to catch up to what the research says regarding how we can help individuals with Autism communicate.   Not one of us learned how to communicate through a set of social stories or teachings on what to say over every single possible situation that could occur…as if that would even be possible. We cannot control what other people say to us, life is not a script that everyone follows.   While perhaps well meaning, in Autism Circles today, this method of “if this person says this, you can say that” is still wide
Read more